The four-star nhow Rotterdam hotel is in the iconic De Rotterdam building designed by internationally celebrated architect Rem Koolhaas/OMA. nhow Rotterdam was opened in 2014 and was the world s third nhow hotel after predecessors in Milan and Berlin. Modern art and architecture are central features of the hotel which has views over the Maas river and the Erasmus Bridge. The interior decoration is modern with clean lines and has an industrial feel to it.
The hotel is on the Wilhelmina Pier in the Kop van Zuid district. It has nine multifunctional meeting rooms all of which have ceiling heights of 3.4 metres and can hold a combined maximum of 435 people. There is free WiFi coverage. The largest of these function rooms can accommodate up to 220 people when set up as a theatre and up to 140 for a dinner. The space can be arranged as required and has no pillars or other obstacles.
nhow Rotterdam is right next to Wilhelminaplein metro station and a tram stops just two minutes walk away. Cars can be parked in one of the nearby parking garages.

VR Tour
Visit this location by means of a Virtual Reality Tour. Click here for the tour. 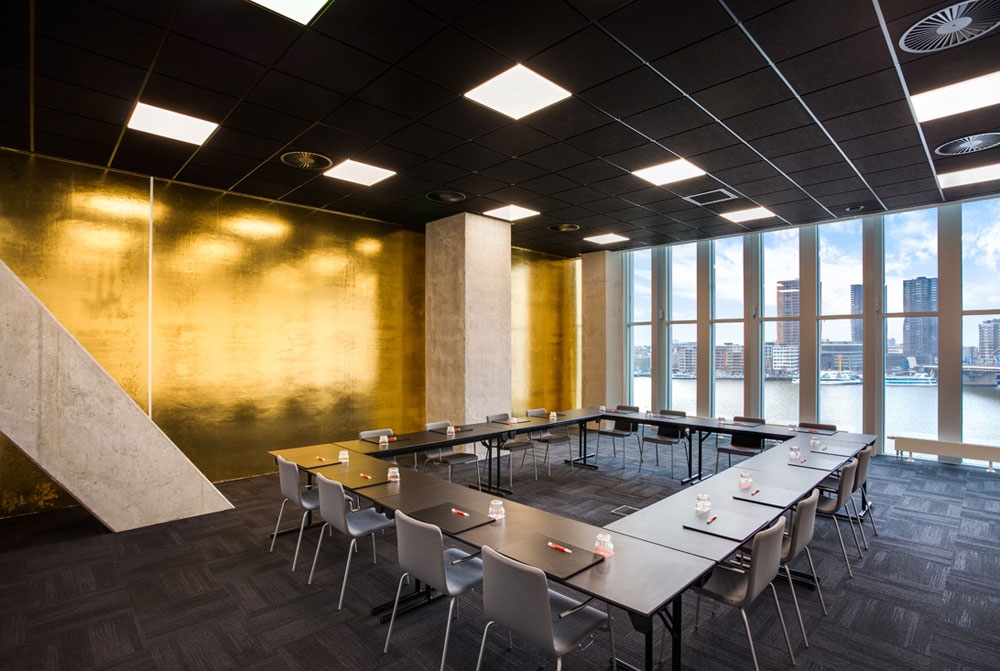 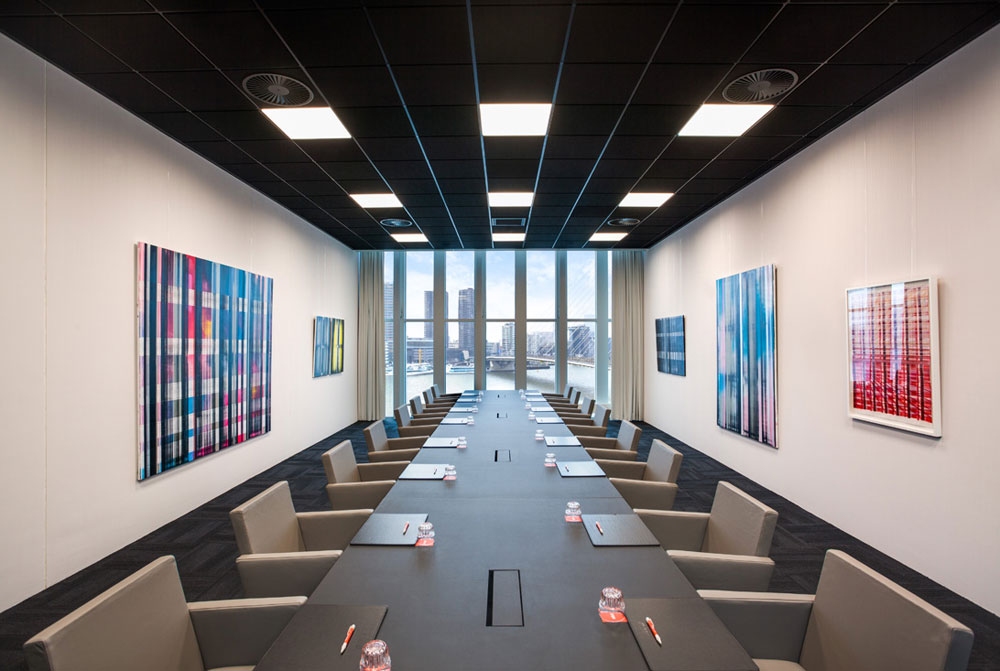 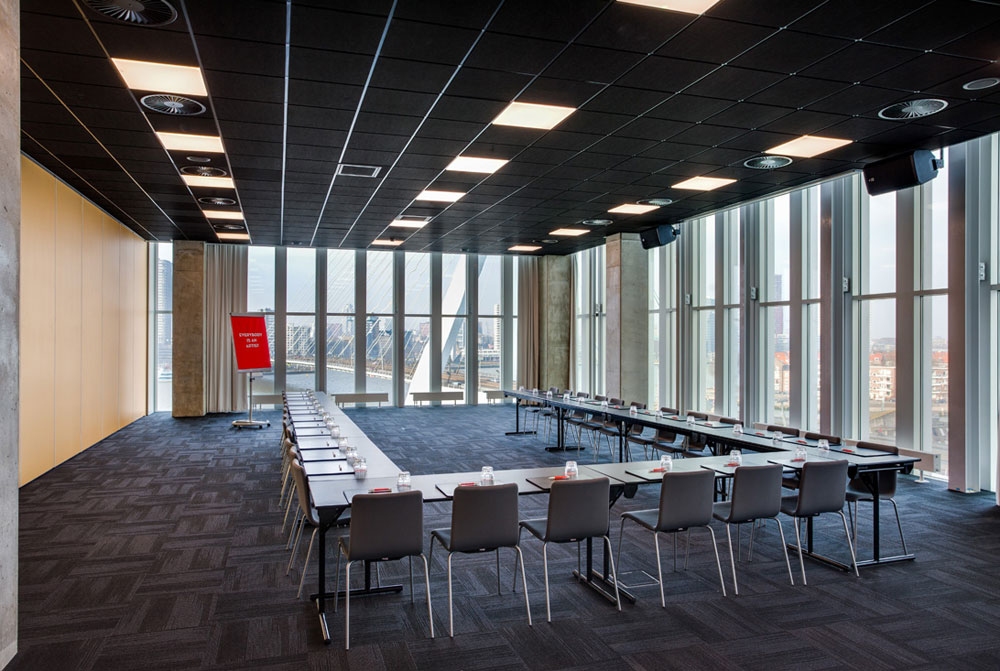 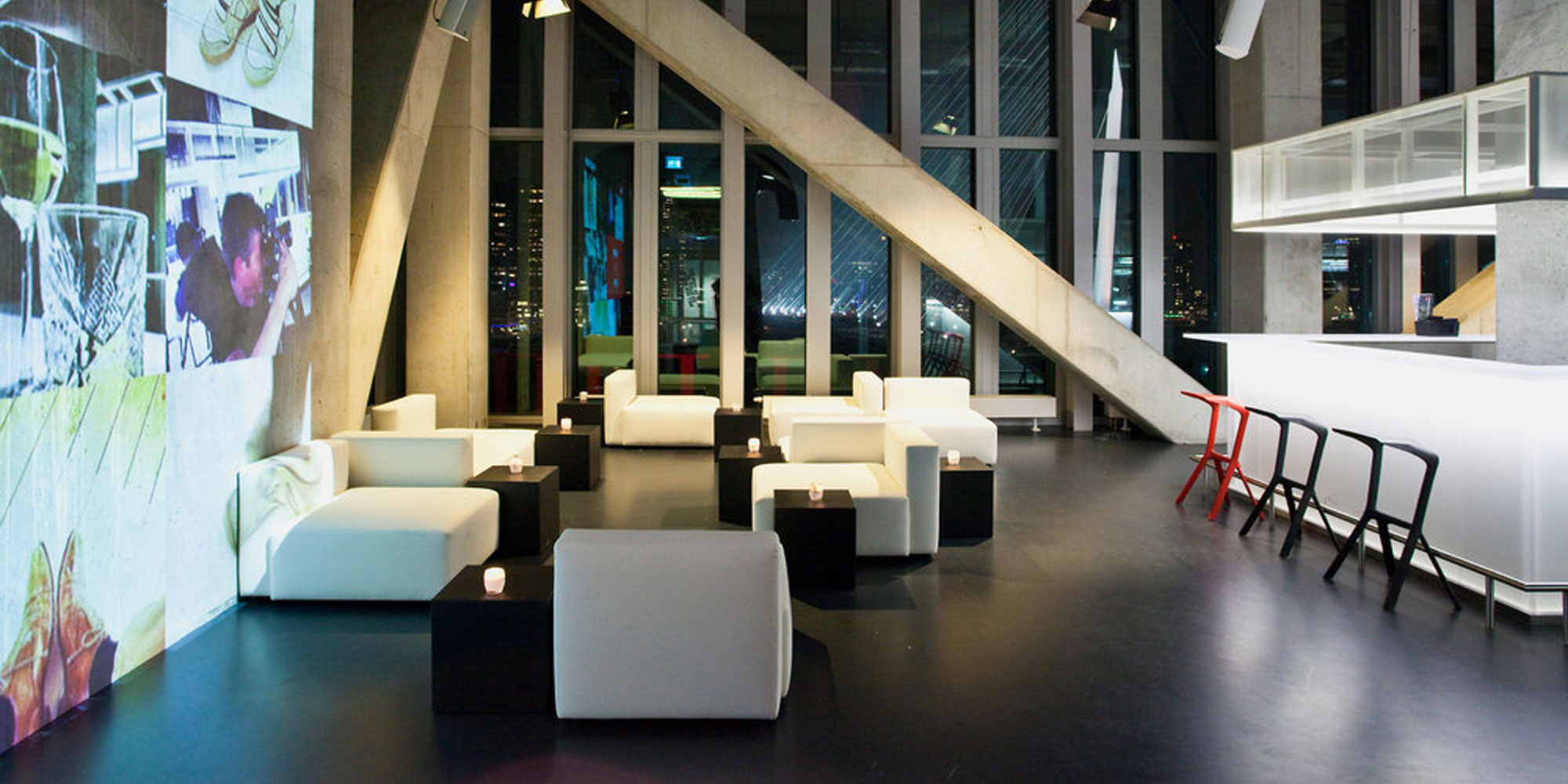 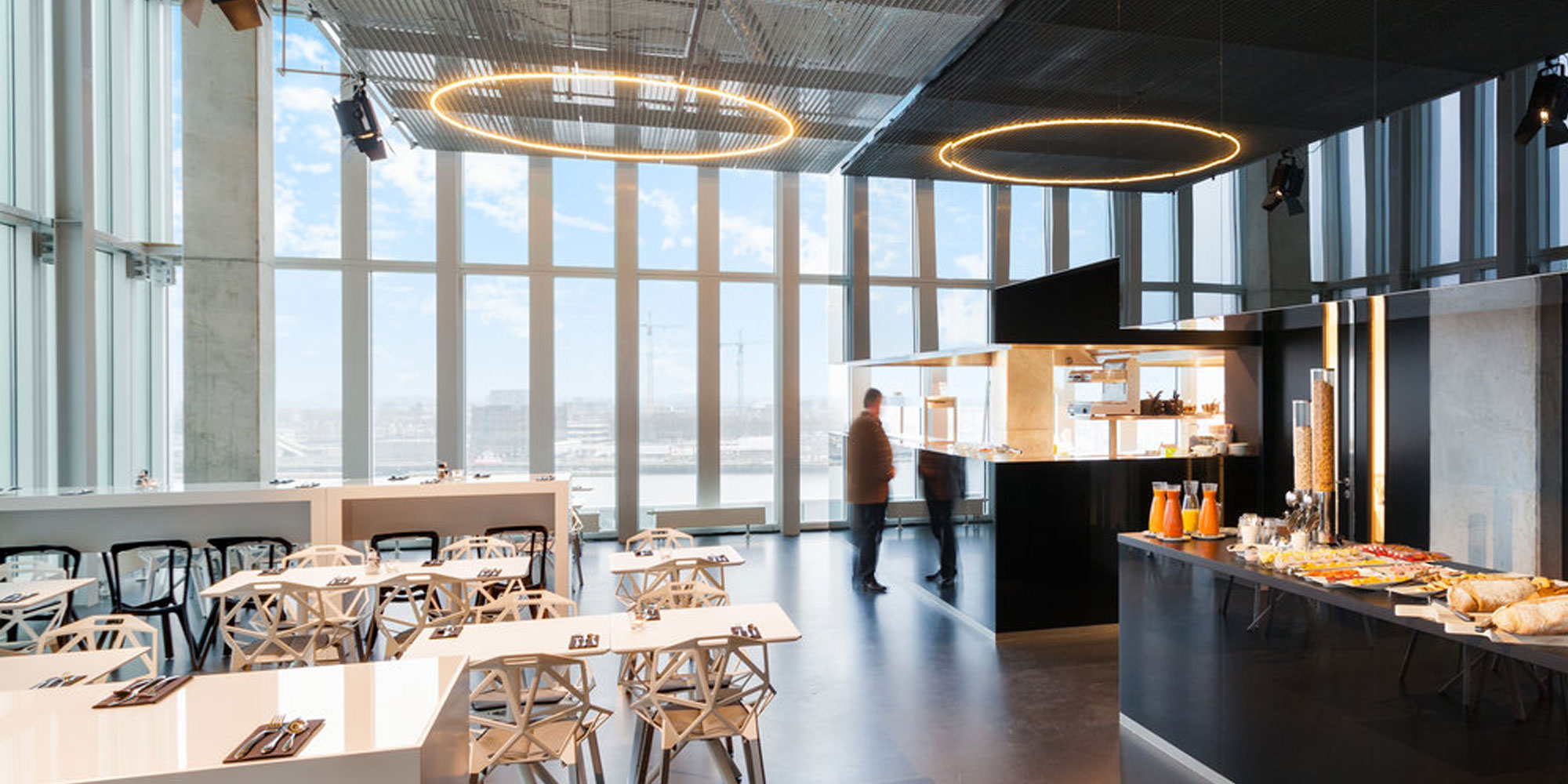 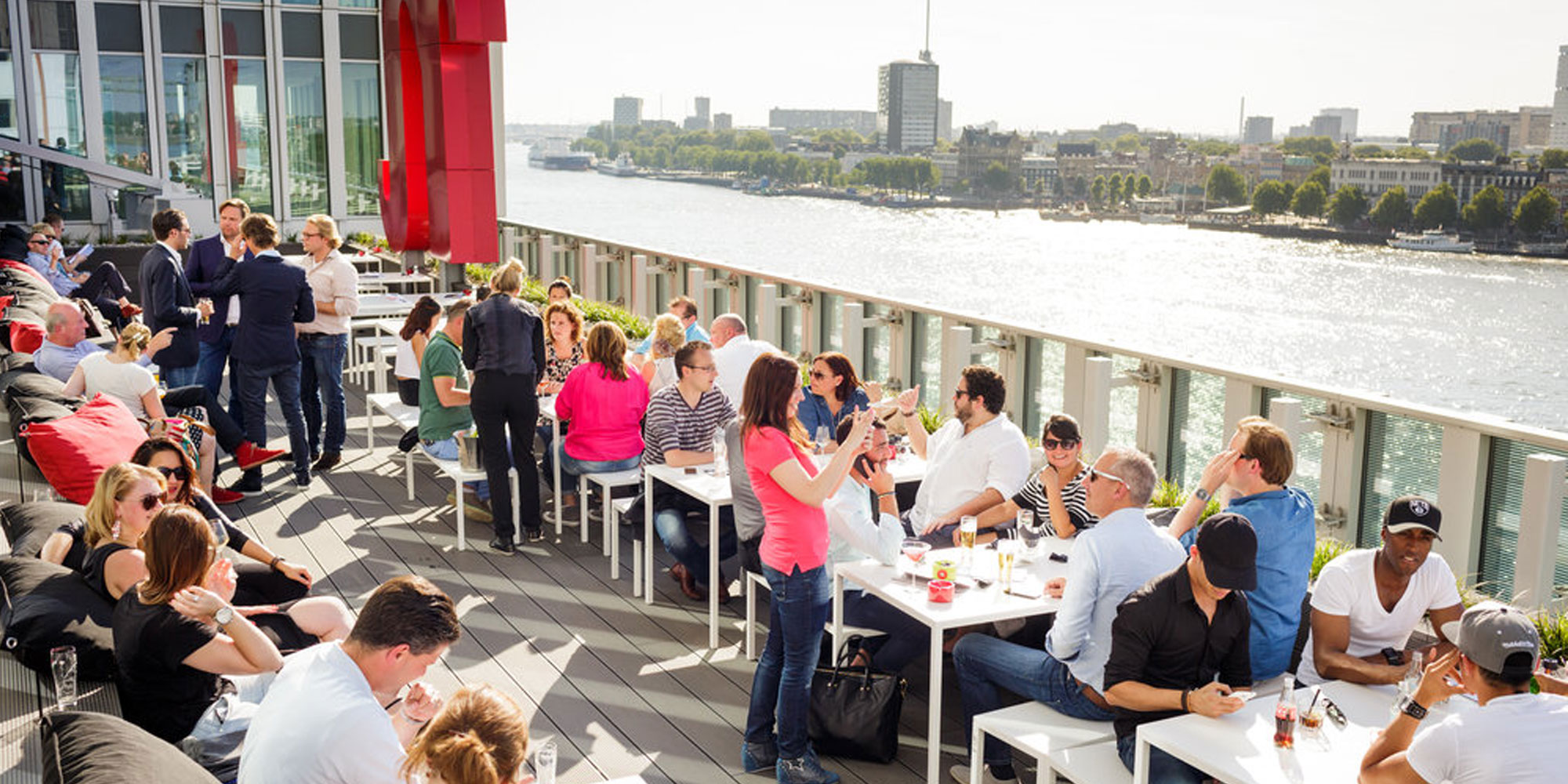 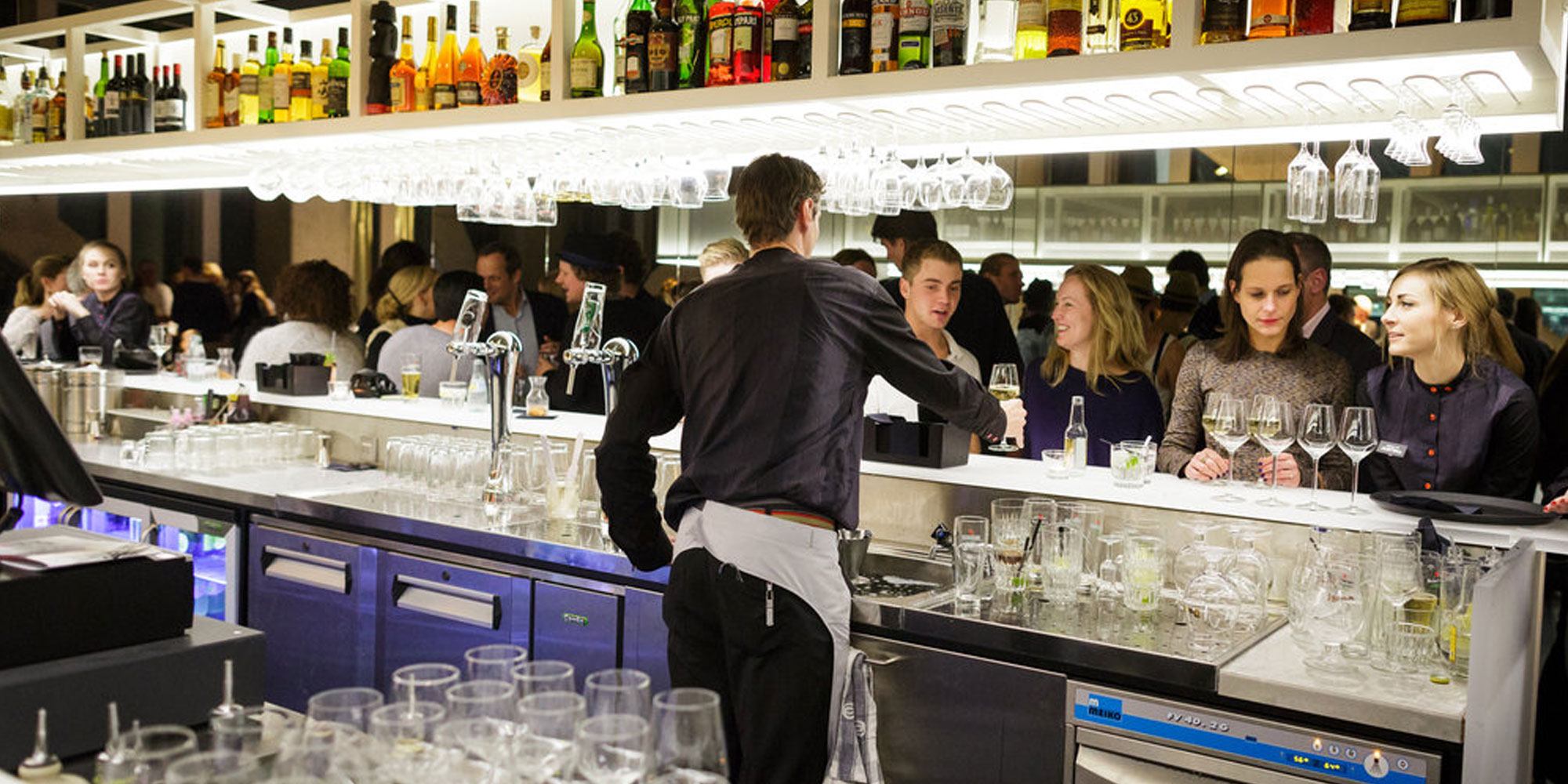 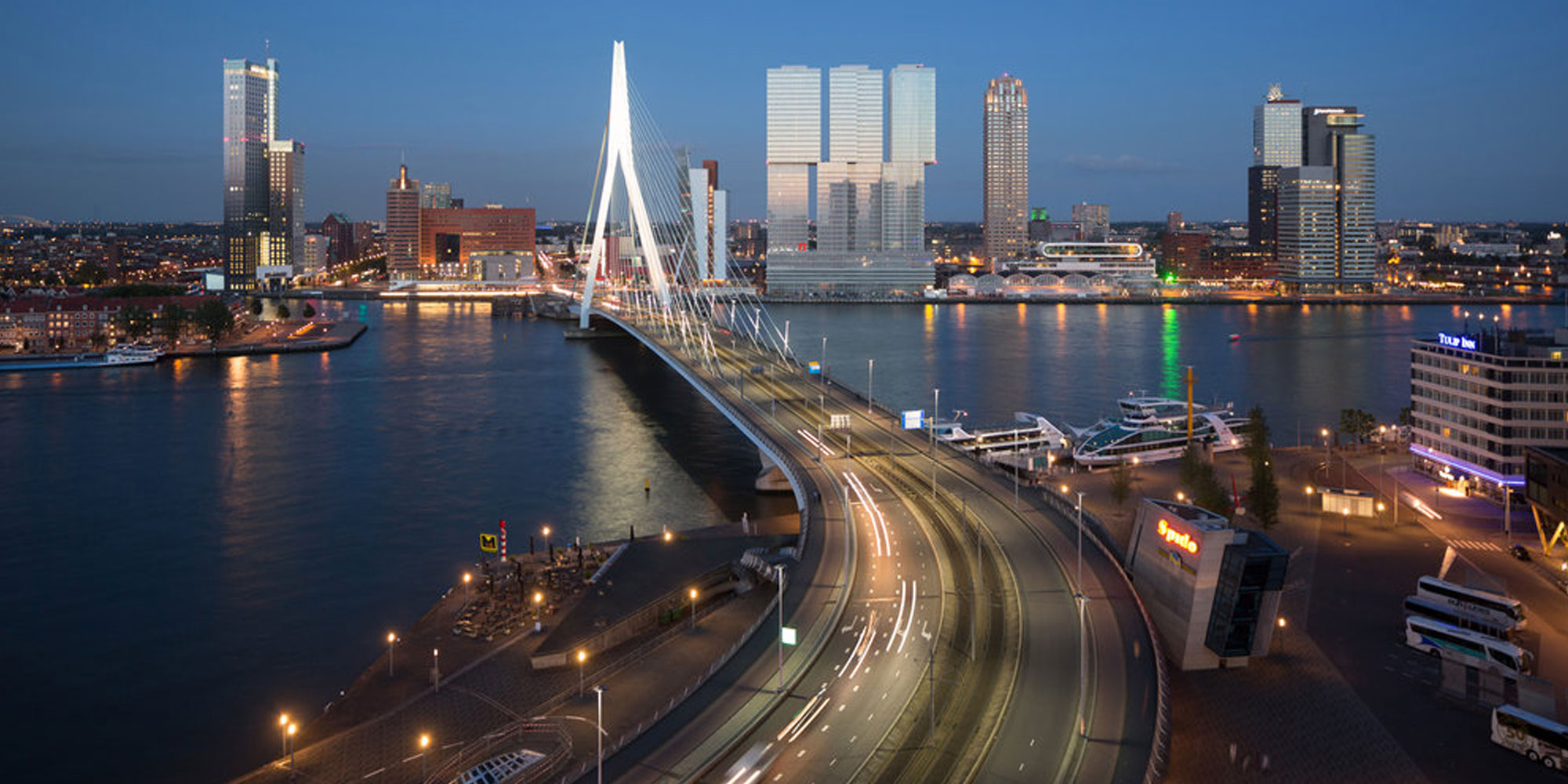