Rotterdam on track with climate targets

Rotterdam is fully committed to reducing its greenhouse gas emissions by at least 55 and possibly 60 per cent by 2030. This was evident from the annual meeting of the Rotterdam Climate Agreement, which was held online this week. During the meeting, the participants looked back on the results achieved up to and including 2021 and looked ahead to the extra actions required on the way to a climate-neutral city and port in 2050.

Three years ago, Rotterdam was the first city to conclude a local climate agreement with more than 100 companies and social organisations: The Rotterdam Climate Agreement. Since then, more than 200 companies and social organisations have joined, many Rotterdammers have become involved, 6 Climate Tables have been set up and 55 climate deals have been concluded – and not without results.

Among the milestones achieved in 2021 were 300,000 solar panels installed on Rotterdam roofs (this number should be 2 million by 2030), European subsidies were obtained for four green hydrogen plants 30 Rotterdam employers each with more than 250 employees signed a new climate deal to halve the CO₂emissions of their commuter and business traffic, the municipality switched to installing the first 100 smart charging stations, an approach was developed for climate-neutral business parks, many sustainability packages have been drawn up for Owners’ Associations and homeowners and the first sea-going vessels have been plugged in.

Partly thanks to these climate deals, we have succeeded in turning around the annual increase in CO2 into a downward trend and 1 million tonnes of CO2 has been saved in recent years. A reduction that will continue to reach over 9 million tonnes by 2030.

“In doing so, Rotterdam is definitely on the way to a green future, a healthy city and a clean port” stated Arno Bonte, Vice Mayor for Sustainability, Air Quality and Energy Transition during the meeting. “We are on the right track, but in order to achieve our climate targets, we must also accelerate the pace. That is why, as a city, we are speeding up the process of electrifying the port, making homes energy efficient and climate neutral by using residual heat, and continuing to invest in clean air by, among other things, promoting clean transport with more space for cyclists and electric (shared) transport.”

The Port and Industry

A key role is played by making industry more sustainable. Many projects have been initiated, which should result in billions in investments. Hydrogen, electricity and biomass will replace coal, gas and oil products as fuel and raw materials. A test environment has been started for innovations in the electrification of industry. Wind power and residual gases are being converted into hydrogen in various projects. The electricity infrastructure is being upgraded and the Port Authority is working with partners in the port complex to establish a large-scale hydrogen network to Germany. Rotterdam is thus becoming an international hub for the production, importation, application and transportation of hydrogen to other countries in Northwest Europe.

Much remains to be done to achieve the desired halving of mobility emissions in the city by 2030. Together with the city, we want to draw up a plan to achieve this objective. Shared mobility and mobile equipment are important spearheads in 2022. Much depends on the collaborative efforts of central government, where it is striking that the climate ambitions for the mobility sector in the Coalition Agreement are still very meagre.

The good news is that the Mobility Table has launched the “Klimaatalliantie Duurzame Mobiliteit” (Climate Alliance for Sustainable Mobility). A new deal that focuses on the companies in Rotterdam that will at least halve the CO₂ emissions of their commuter and business traffic by 2030. The more than 30 participating (mostly large) companies want to achieve the halving of CO2 emissions by making working from home more attractive, letting employees make more use of public transport, stimulating bicycle and shared transport and electric vehicles and offering alternatives for business flights.

During the Table discussions, new deals such as the upcoming textile deal were addressed: Textiles speak louder than words. Rotterdam is a major importer and exporter of post-consumer textiles. Textile sorters in the region already collect about 126,000 tonnes of textiles. That’s not just textiles from the city, but from all over Europe. Of those textiles, 31% are not re-usable and another 10% end up being incinerated. The Circularity Table, in close cooperation with Eigendraads, four large sorters, the Port of Rotterdam Authority and the Municipality of Rotterdam, is investigating the business case for chemical recycling of these non-reusable textiles. Next year, the study will be translated into plans for how this will look. In doing so, the Circularity Table will also join forces with sorters, the Port and Industry Table and the existing parties in the port.

The Built Environment and Clean Energy

The Clean Energy and Built Environment Tables use the deal ’90 cooperative solar roofs’ to focus on residents who jointly own solar panels on a roof in the neighbourhood. As a result, every inhabitant of Rotterdam can participate in an energy cooperative in their neighbourhood regardless of the size of their wallet. The Clean Energy and Built Environment Tables are also jointly working on introducing solar panels in schools. For example, the potential utilisation of solar panels on the roofs is now being considered during the inspection of school buildings.

The six affiliated health care institutions, Maasstad Ziekenhuis, Erasmus MC, Ikazia, Het Oogziekenhuis Rotterdam, Franciscus Gasthuis & Vlietland and the Rijndam Rehabilitation Centre have joined forces in the Rotterdam Climate Agreement. Among other things, they are going to work on producing less waste. The operating rooms in Dutch hospitals produce approximately 1.3 million kilos of medical waste every year. Mainly in the form of surgical drapes, medical instruments and protective equipment, all of which are intended for single use. This has to change from disposables to so-called reusables. There will therefore be a joint review of the sustainable purchasing of departments in the acute chain, like the operating theatres, IC and emergency care, with the aim of increasing reuse, reducing waste and realising more energy savings. 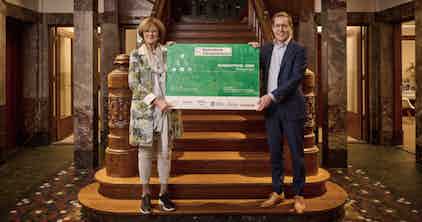 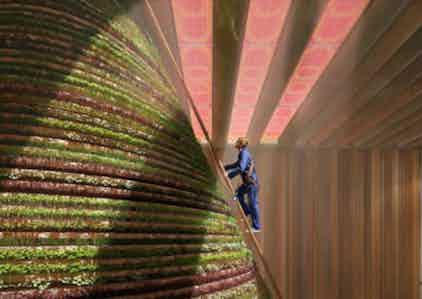